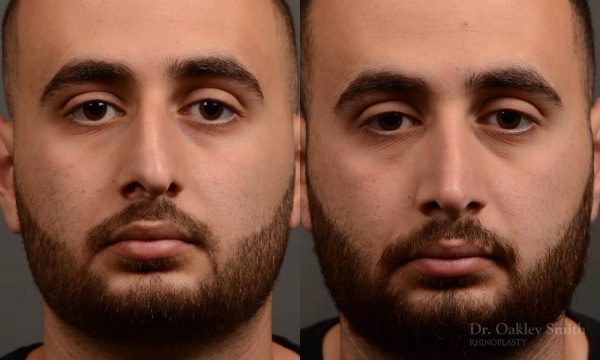 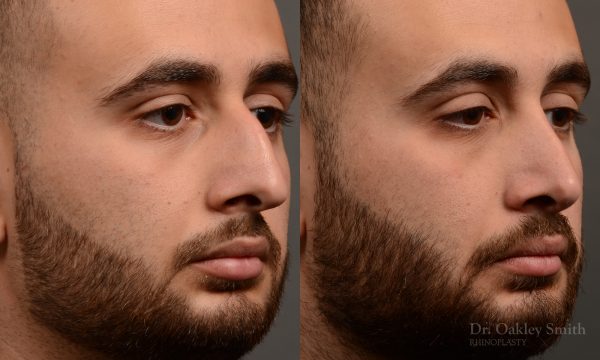 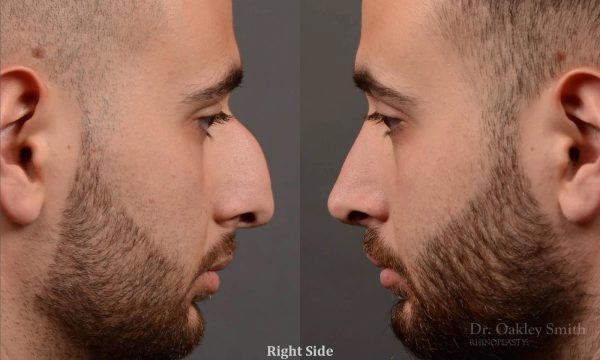 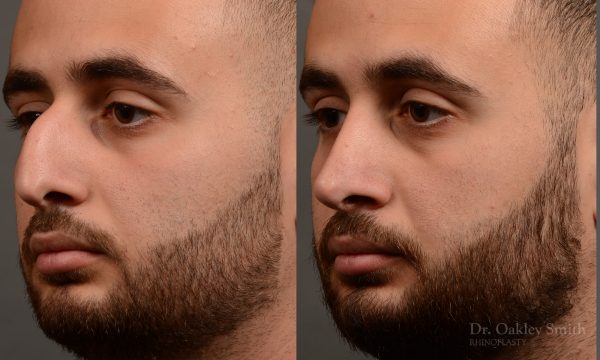 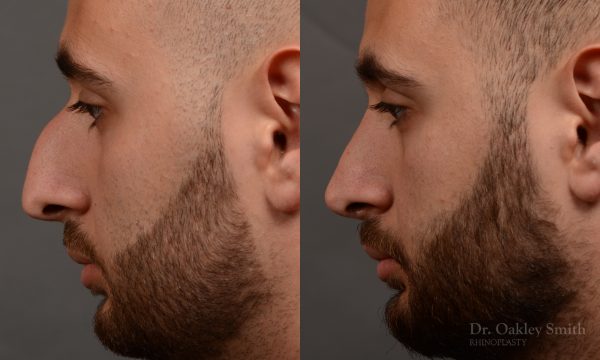 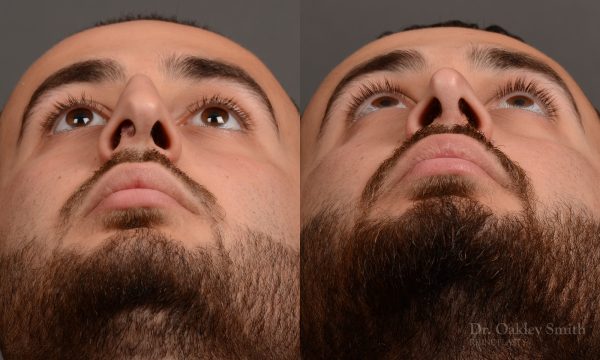 This young man had several changes he wanted. He was unhappy with the size of his nose, the large hump and the curve of his nose.

His results illustrate well the fact that rhinoplasty creates improvement but seldom perfection. His profile is greatly improved. The size of his nose has been reduced but still remains large enough for a male. His tip is centered and his nostrils are more even. However the curvature of his nose, although improved, is now the opposite.

He was happy as the improvement was great enough that the minor residual imperfections were insignificant.