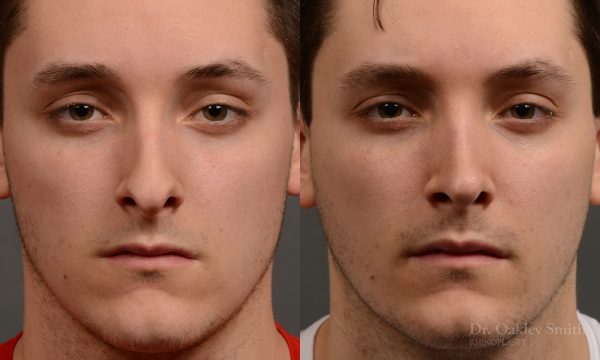 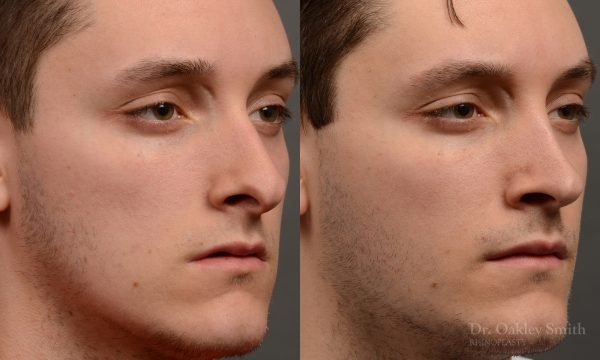 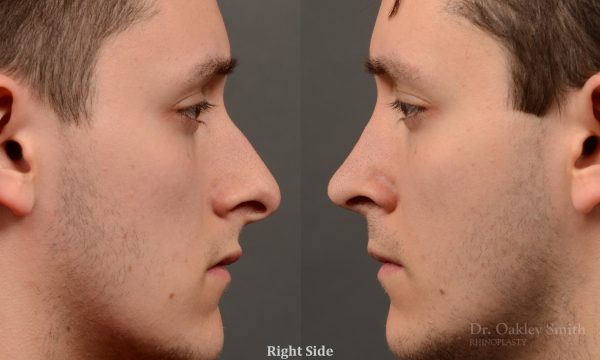 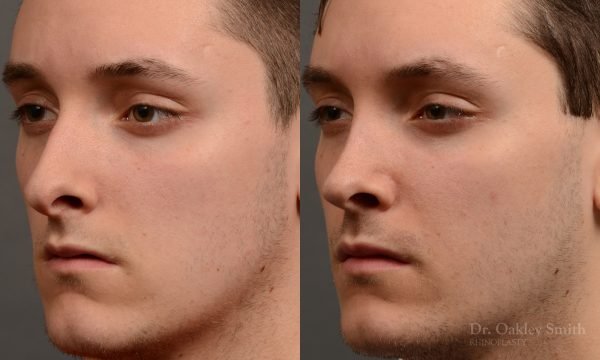 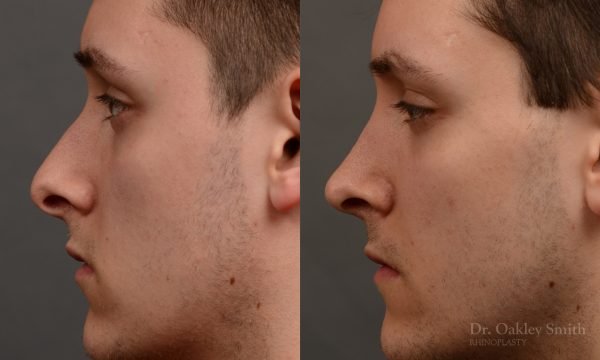 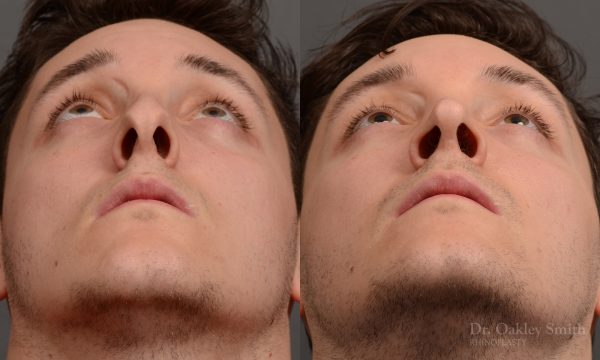 This gentleman‘s major concern with the appearance of his nose was the droopiness half the lower part of his nose called Columella.

His nostrils showed too much on his profile view. In addition the width of his nasal tip has been narrowed somewhat. His columella scar has healed very well and is barely visible from any angle. Raising the columella is considerably easier and therefore more successful than attempting to drop the nostril or alar rims.