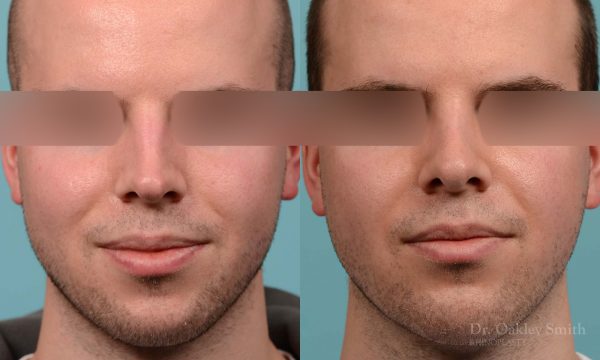 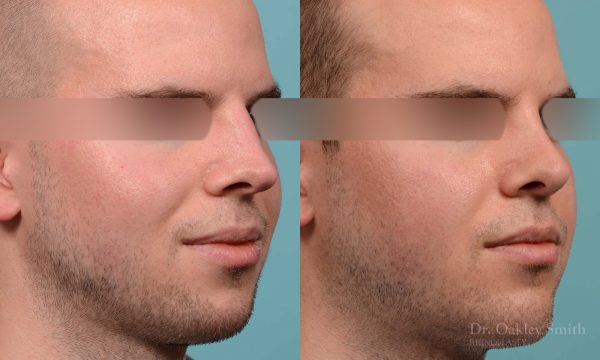 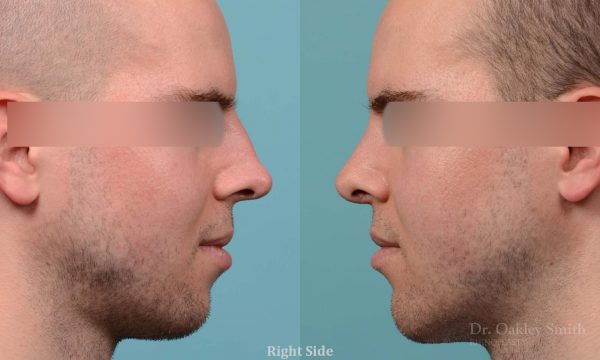 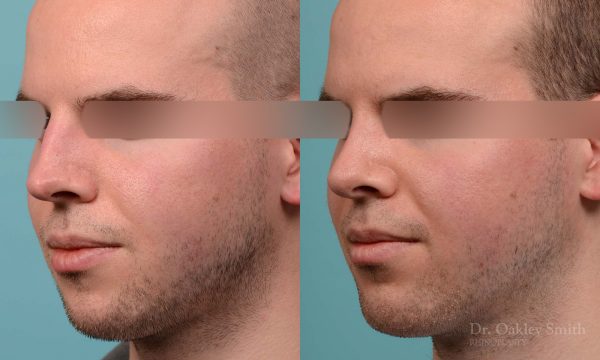 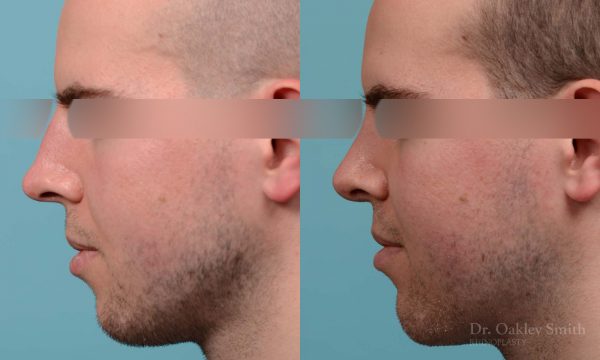 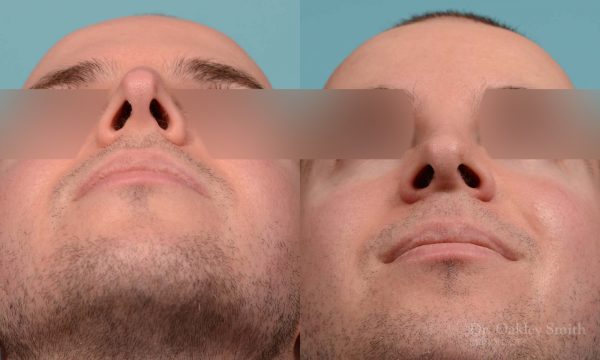 This man was first seen several years ago. He returned 4 years later and had decided to proceed with rhinoplasty surgery. He disliked the projection of his bridge at the level of his eyes. He felt his tip was too narrowed and appeared pinched. Furthermore, it was too projected and prominent.

Surgery was able to de-project his tip back towards his face making his tip less pointy looking. Also his tip was widened slightly, and the crease between his tip filled in. His bump was removed and a straight profile was created. The angle between his forehead and nose was made deeper. This is a particularly difficult issue to improve with surgery. There is a limit to the amount of bone which can be removed and the contraction during the healing process works against the improvement created at surgery. His external columellar scar is close to invisible. Usually the result isn’t this good. However this area of the skin is particularly good for healing and a poor result is less than 1% of the time.

Before and after photos belonging to Dr. Oakley Smith, a well-known Facial Plastic surgeon based in Toronto.