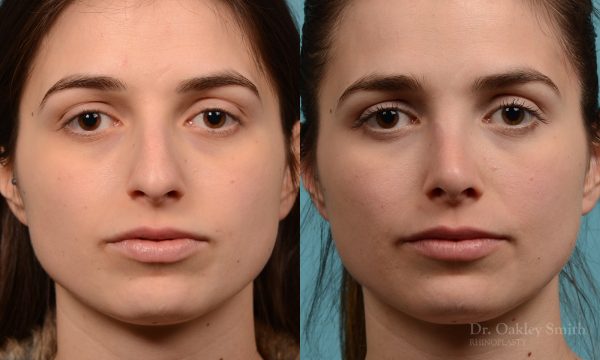 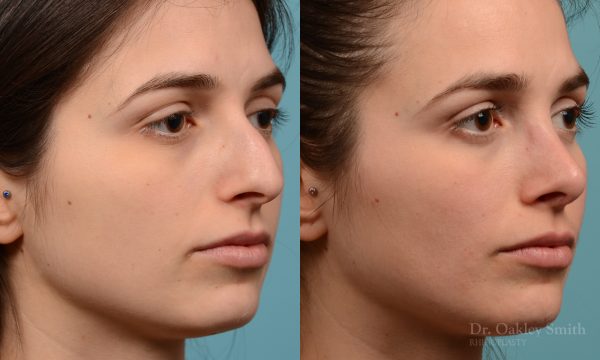 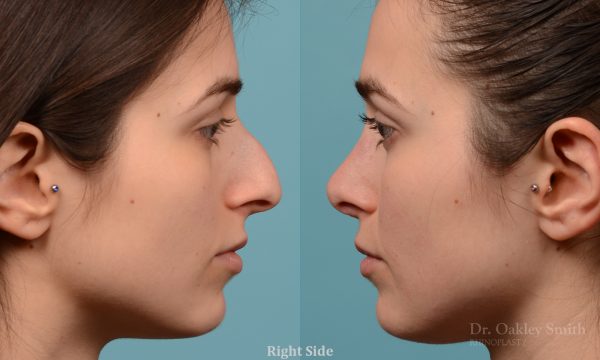 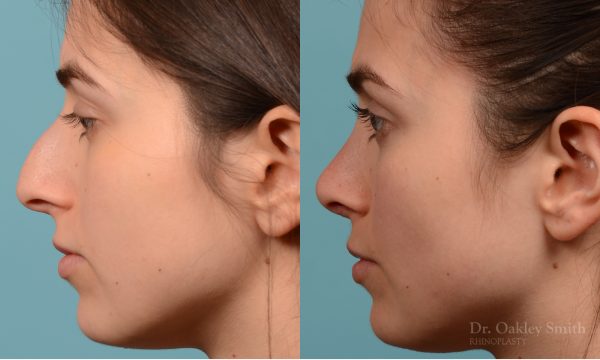 This lovely young woman disliked her hump and wanted it removed by rhinoplasty. She wasn’t sure what she want instead other than that it was gone! There are three “styles” of profile views most suitable for women. The most popular is a gentle curve. It is most commonly requested because it creates a soft feminine look. A straight profile is fine for both men and women. It gives a strong look in a woman. The last option is a slight tilt or break point just above the tip. This profile is youthful appearing.

Additionally, she felt her nose had “no shape”. In discussion, it was determined this meant the area above her tip was wider than desired.

Rhinoplasty surgery reduced her tip projection out from her face only one millimeter, and yet her nose appears smaller overall. This is primarily due to her large hump being removed. A lot of work and time was spent on making sure her columella was raised enough to prevent the appearance of it drooping.

Her follow up photos are a year and a half later. One can see her columella scar, however it isn’t noticeable unless one is already aware of it.

Rhinoplasty Before and After Photos by Dr. Oakley Smith, a well-known facial reconstructive surgeon in Toronto, Canada.