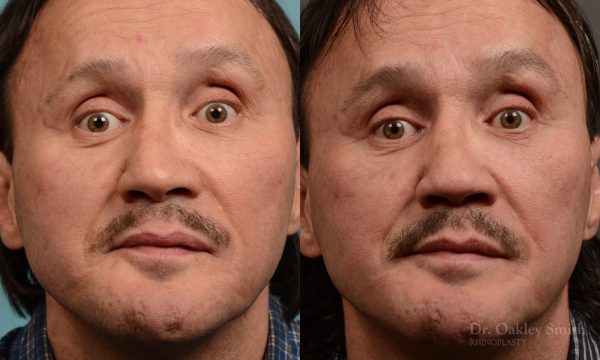 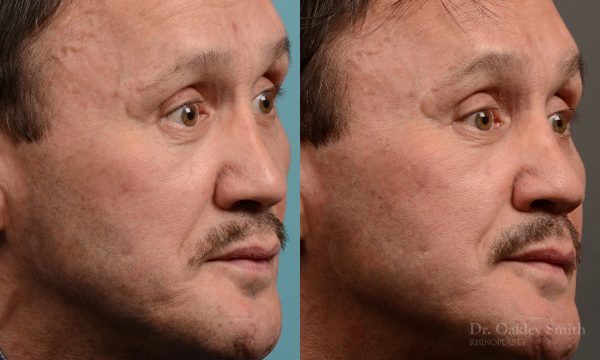 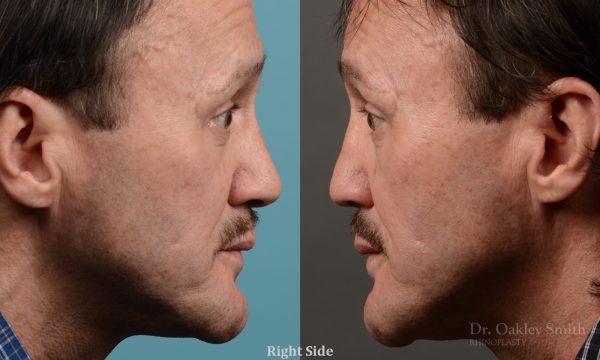 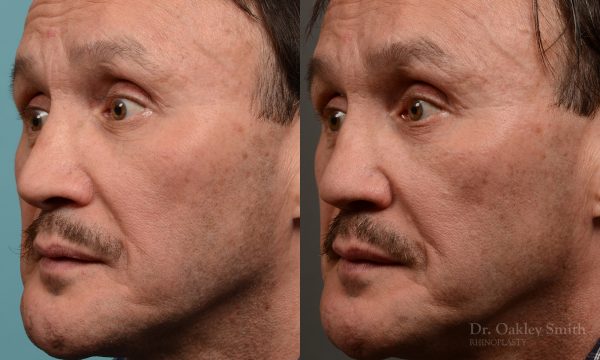 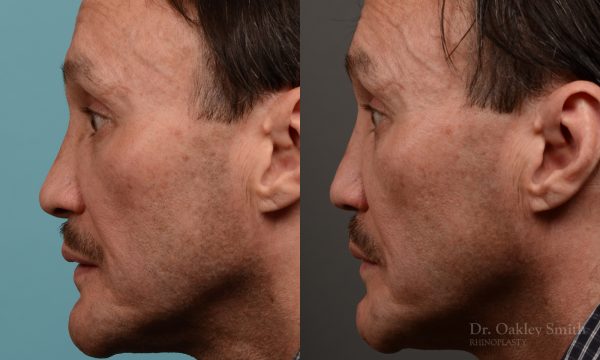 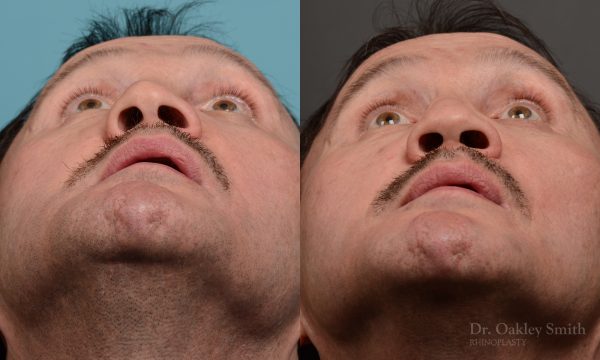 This male rhinoplasty patient was a former boxer and had sustained multiple fractures to his nose over the course of his career. In addition, you can see how his right eye is depressed and this is due to a mid face fracture involving his cheekbone.
He was not interested in improving the appearance of his nose and wished only to be able to breathe well again.
Most times difficulty breathing can be successfully corrected with internal surgery only.

A septoplasty is adequate in the great majority of patients. However there are some noses that require re-positioning of the boney nasal pyramid. This is because depression of the side wall of the nose impinges on the airway. This is a good example as one can see his left side wall is severely depressed.