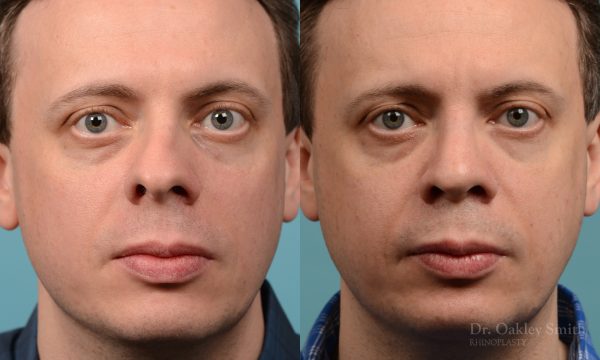 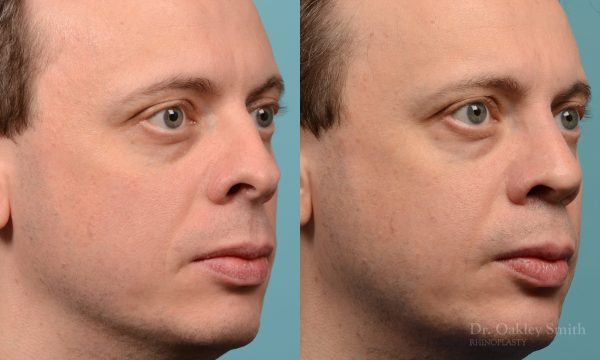 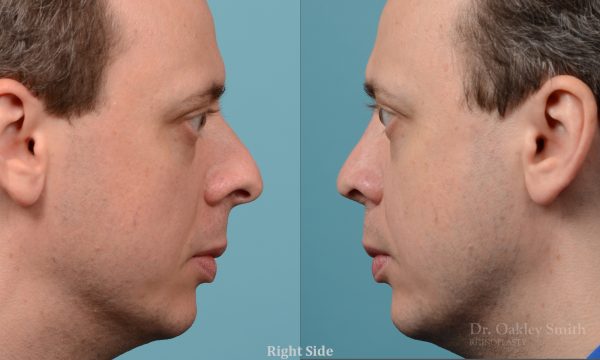 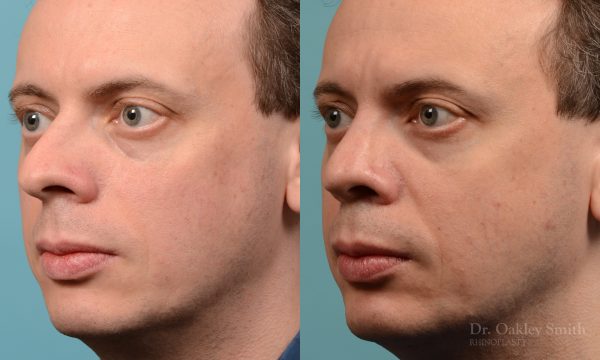 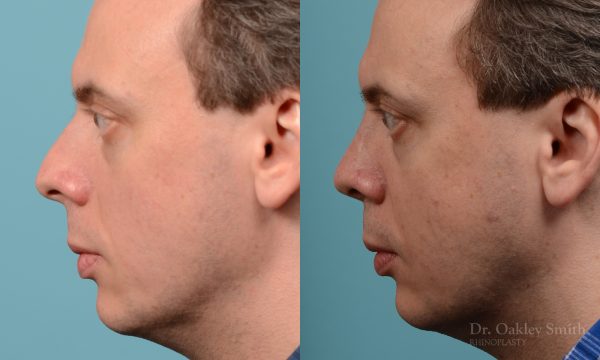 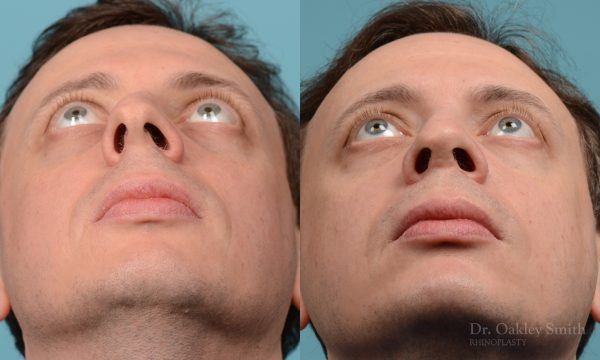 This pleasant gentleman did not like the appearance of his nose from any angle. He found the tip too wide and deviated towards his right side. The profile curve made his nose beak like in appearance and he quite rightly felt there was too much Columella showing.

Following his nose job there is clear improvement to the twist to his nose although it is not perfectly straight. This is commonly the case as repairing a crooked nose requires several maneuvers all of which most have successful outcomes. He was happy with the outcome as his nose has a natural appearance after his rhinoplasty.