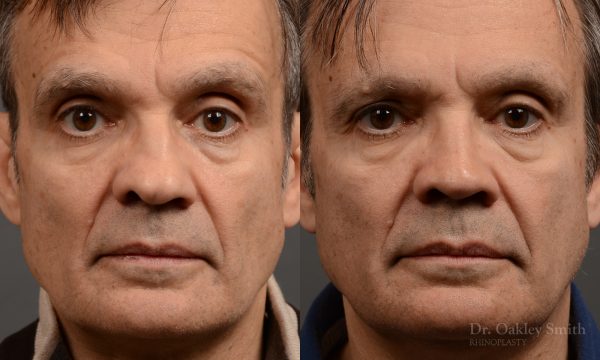 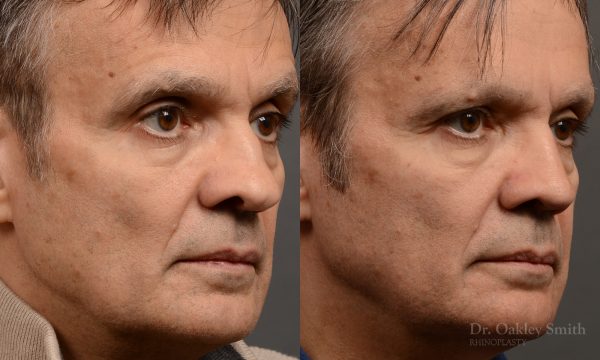 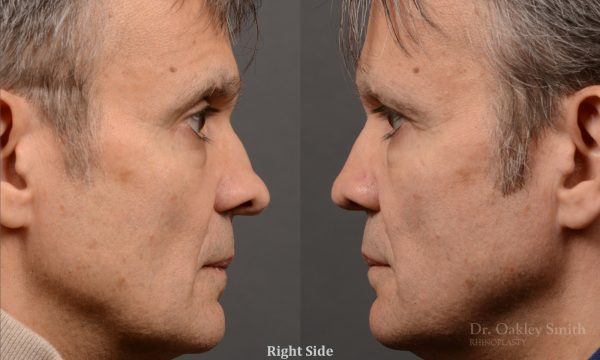 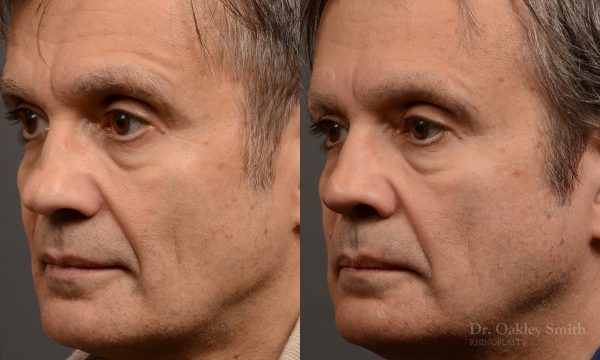 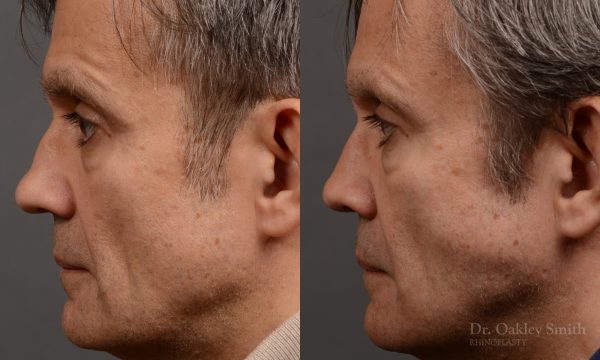 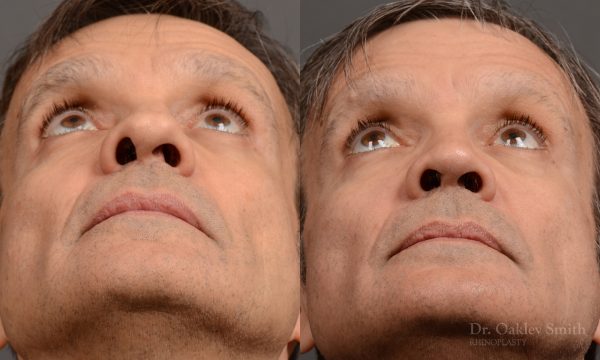 This man had a skating accident as a child which caused changes to the shape of his nose. Approximately 5 years prior he underwent a septoplasty and nasal poly removal with partial improvement in his breathing. Instead of noticing improvement in his sense of smell, unfortunately the surgery caused him to lose his smell. He wanted to breathing normally again and to make his nose straight. Part of his issues with the shape of his nose had arisen from his septum being too weak to maintain itself. Over time this had caused the bridge just above his tip to sink. This condition is called a saddle nose deformity or a ‘boxer’s nose’. To support his septum, an absorbable plastic mini-plate was introduced against his septum. At the time of surgery parts of his tip cartilage were found to be missing as a result of the trauma as a child. This was the reason his nasal tip was twisted and crooked. By reconstructing a new tip this twisted appearance of his nostrils was able to be surprisingly well corrected. Because of the extensive nature of his reconstruction, his surgery took over 5 hours to complete.

Before and after rhinoplasty photos of a cartilage injury nose repair Dr Oakley Smith, a recognized rhinoplasty expert based in Toronto