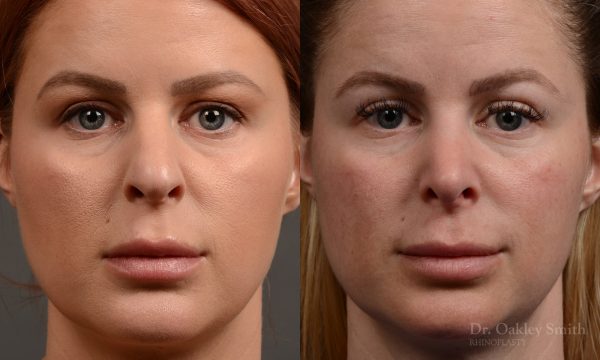 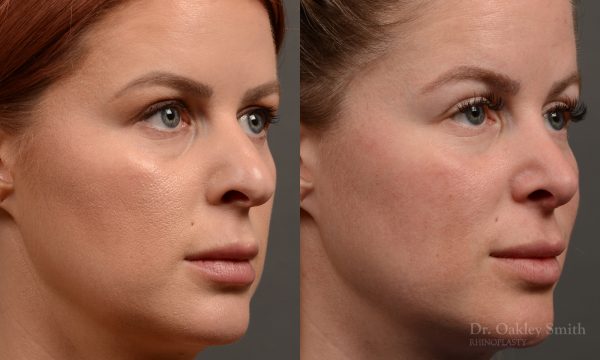 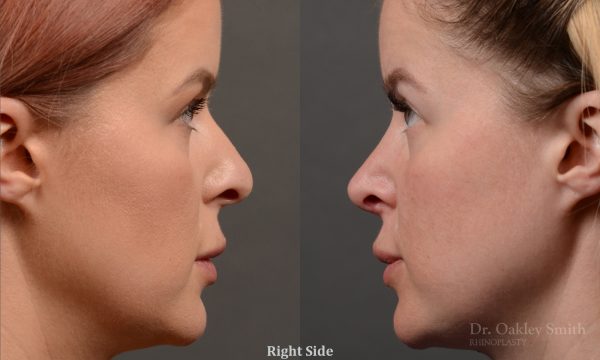 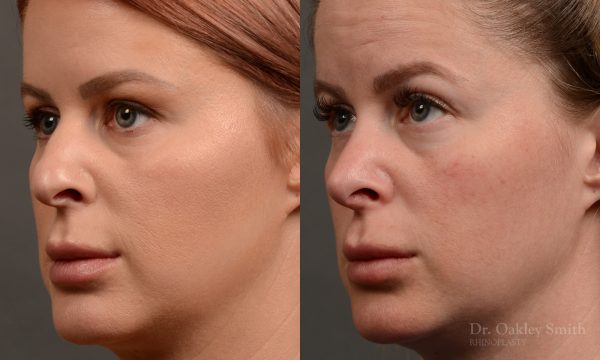 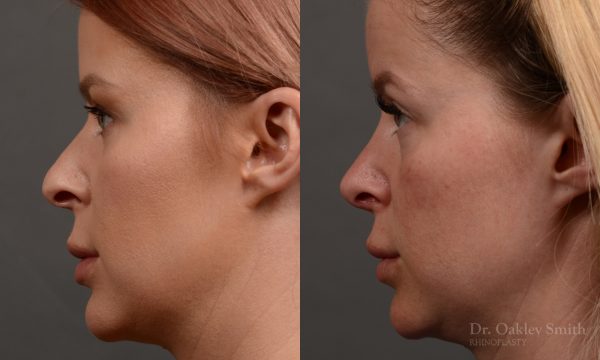 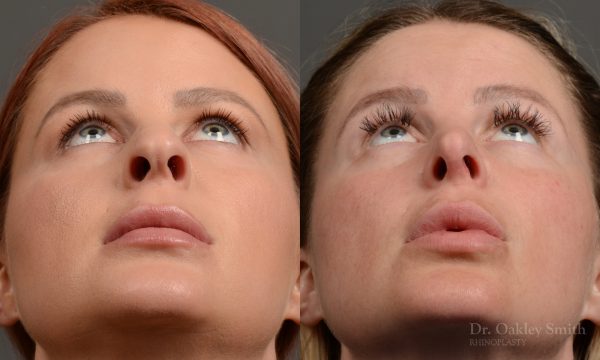 A tip that’s wide and lacks definition is often an area people want improved. This example show satisfactory improvement to both the tip and bridge although it’s mostly the tip where the change is most appreciated. There is also a mild bifid tip which although very mild was smoothed away. The profile was improved by creating a gentle curve and raising the fleshy area between her nostrils. It’s subtle b the whole effect is better.

Notice underneath her nose the nostrils have unfortunately become more asymmetric with surgery. This is uncommon but fortunately only really noticeable from a seldom seen view.