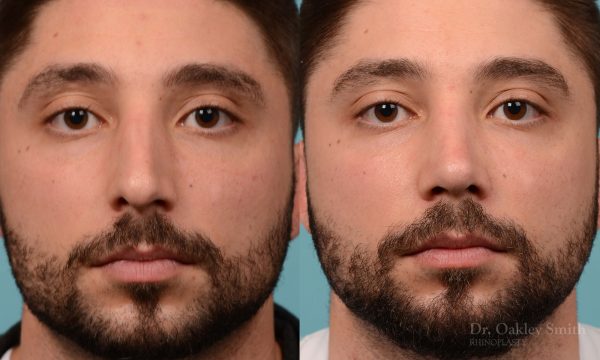 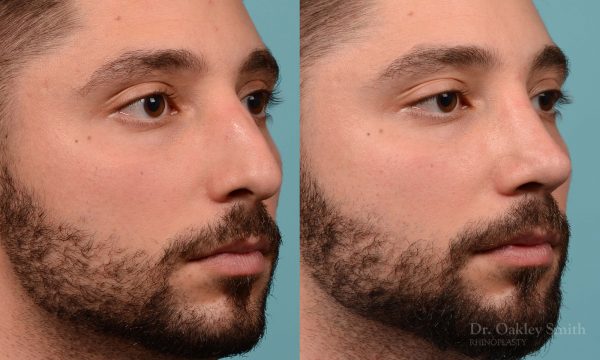 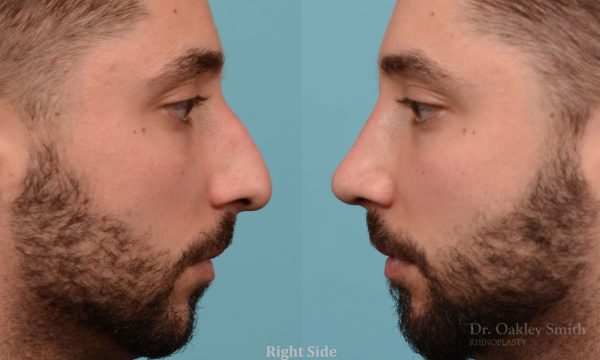 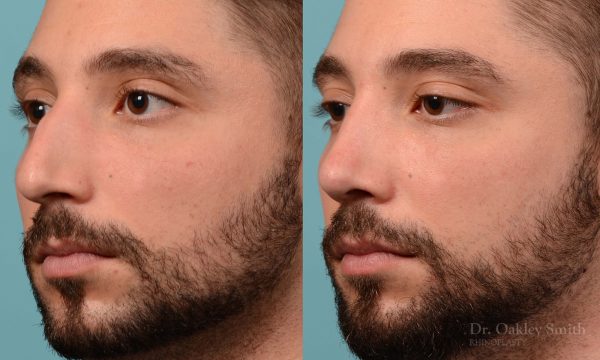 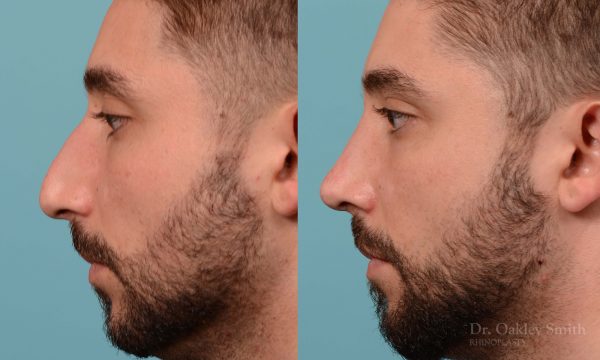 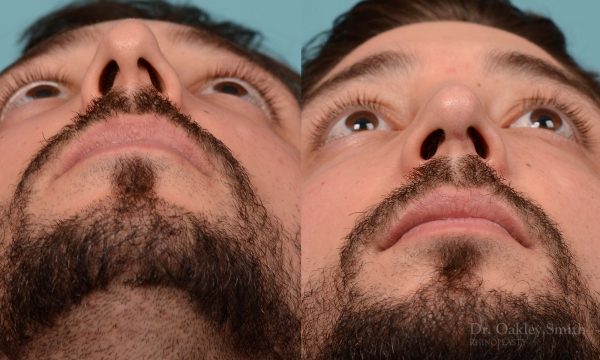 Our young healthy male patient had injured his nose in a fall years ago. He had subsequently undergone surgery which likely was an internal septoplasty which unfortunately failed to normalize his impaired nasal breathing. He was referred to Dr Oakley Smith, but didn’t proceed with revision surgery. He returned four years later and this time his breathing had deteriorated further and he felt something had to be done.

He underwent an open septoplasty and cosmetic rhinoplasty. His twisted internal septum was so severe that performing the surgery through his nostrils (which is by far the most common approach) was not going to allow the necessary surgical techniques to be conducted successfully. Internal nasal plastic stents were placed at the end of surgery to support his septum in the midline during the first week of healing, when the nose is weak and potentially unstable.

Externally, the shape of his nose was improved by replacing his curved hump with a straight profile. His nasal tip was slightly rotated upwards to eliminate the droop, and the tip of his nose was refined to create strong and visible tip points.

Male and female rhinoplasty differ in that the ideals are to avoid a small nose, a curved profile, and an upturned tip. These characteristics feminize a nose as with women the reverse is the ideal. These before and after photos show a typical result by the rhinoplasty surgeon Dr Oakley Smith from Toronto.