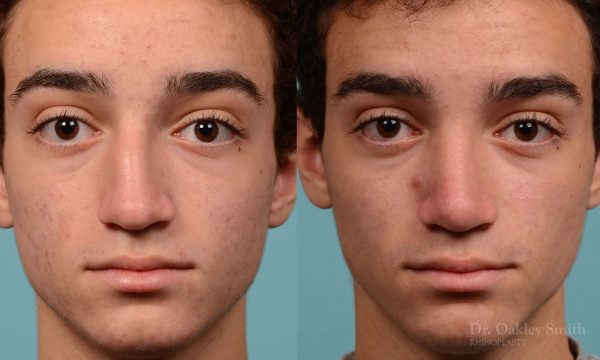 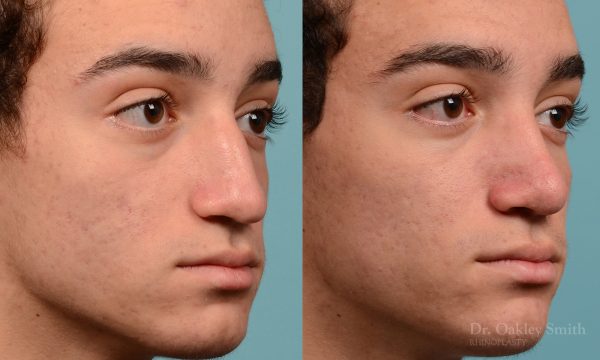 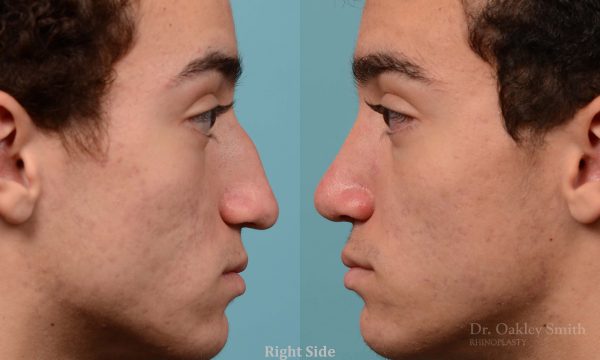 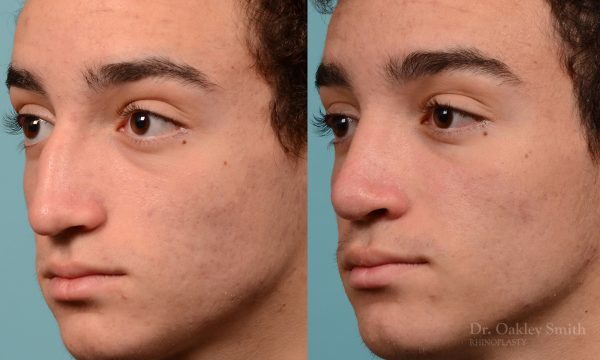 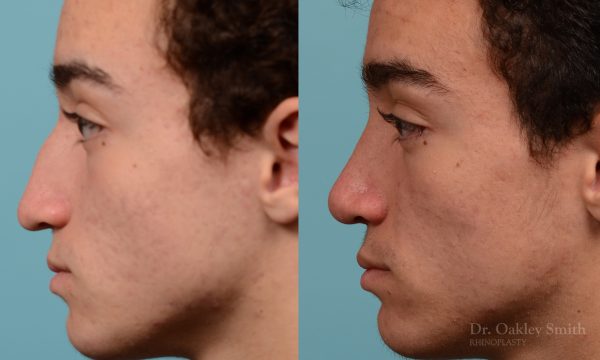 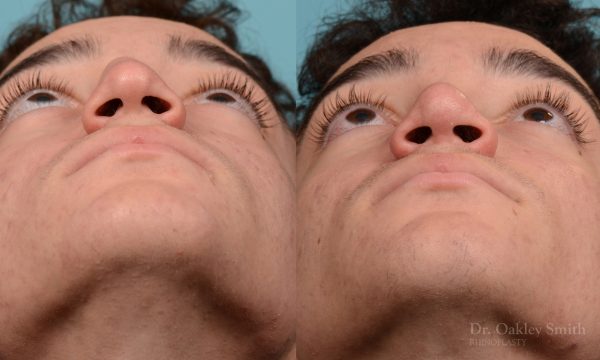 This teenage 15 year old male had fallen and broken his nose over a year ago. He was seen in an emergency room but no reduction was attempted. He wanted his breathing restored, his nose straight and perhaps overall smaller.

At the time of his consultation, Dr. Oakley Smith inquired if he would also consider having his nasal tip rotated to improve his drooping tip. He had not thought of this and agreed when he saw his mock up pictures.

Dr Oakley Smith is careful about recommending further changes than what his patients’ want. This can lead to creating a nose which the patient no longer feels belongs to them, and regardless of the improvement, they can’t incorporate their nose into the way they see themselves. Dr. Oakley Smith has seen this several times with middle aged females coming to him wanting their old nose back.

The patient felt the results were successful! His nose is straighter, his breathing has normalized again, and his tip rotated upwards. Overall his nose appears better. His tip was de-projected two millimeters towards his face. This creates a mild overall reduction in nasal size.  The thicker skin prevented a greater degree in tip definition.

The youngest age appropriate for cosmetic surgery requires judgement. There are unfortunately no hard and fast rules. The two considerations are physiologic and psychological maturity. The nose continues to grow past the start of puberty. In Dr. Oakley Smith’s experience it’s the psychological maturity that is most often the deciding factor. This often requires more than one visit to determine the best option for the young patient.