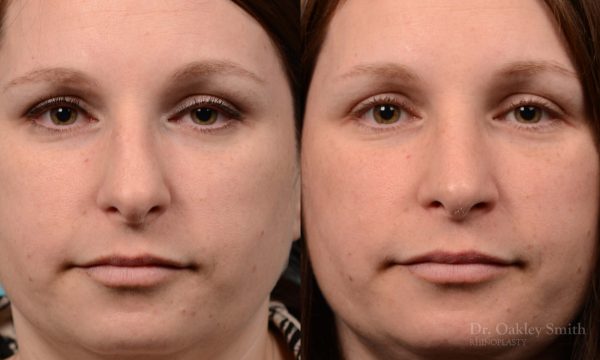 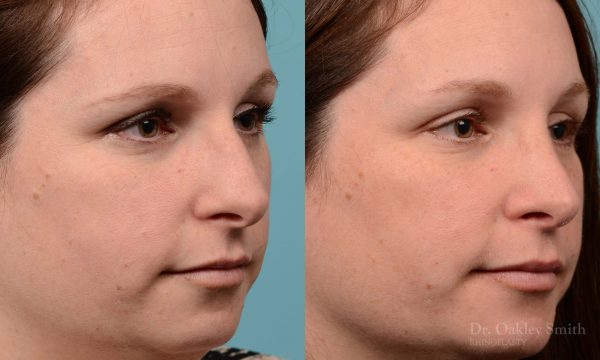 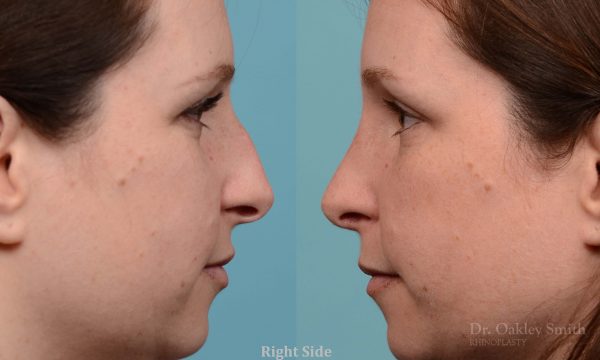 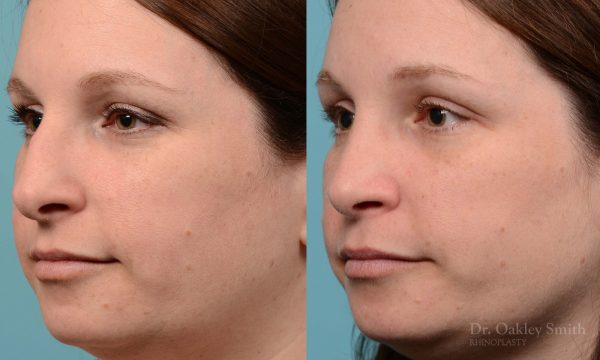 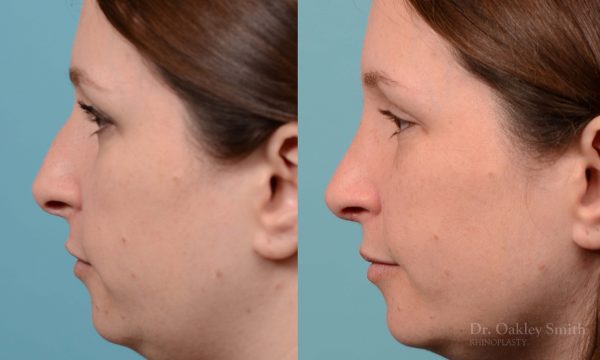 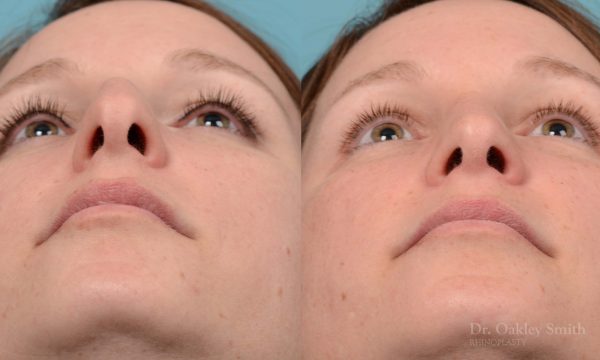 Our young female patient from the Niagara area was hit by a truck while walking. She was scheduled to undergo nasal reconstructive surgery by a local specialist, but cancelled after reading his online reviews. She foremost wanted her breathing restored, then her bump removed. She also wanted the traumatic bony ridge smoothed away from the tip, narrowed and rotated and her drooping columella raised.

Her nose was made smaller by de-projecting her nasal tip by two millimeters, which was exactly the amount she wanted. Surprisingly a great deal of scar tissue was discovered around her tip and her left tip cartilage had been transected by the trauma.

The improvements have made her happy and are in fact a better appearing nose than even before her accident. The left profile before and after photo demonstrates how difficult it is to create comparable pictures. If you look carefully you will discover her pre surgery head is turned away from the camera sufficiently that her post-operative nasal projection appears greater! There are several other issues which can occur and produce images which don’t reflect reality. Another common one is the images are of slightly different sizes with the zoomed out photo creating a smaller nose.

Before and after photos of patients of Dr Oakley Smith, an experienced rhinoplasty surgeon based in Toronto.