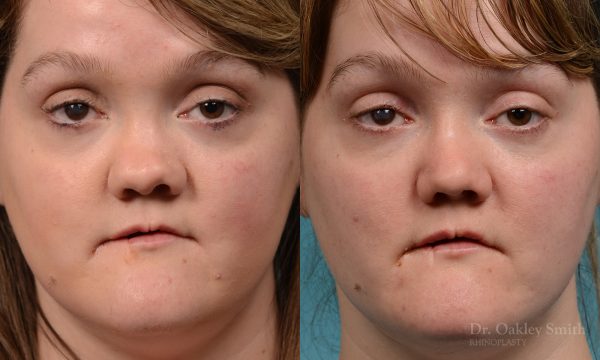 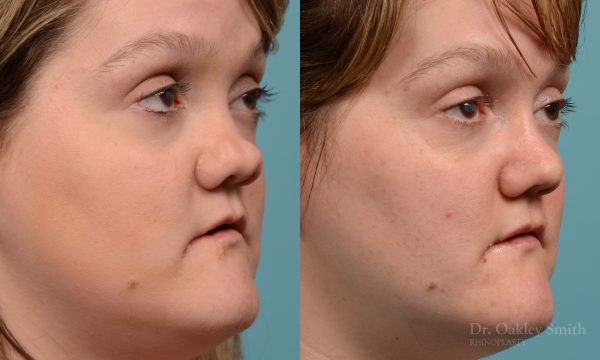 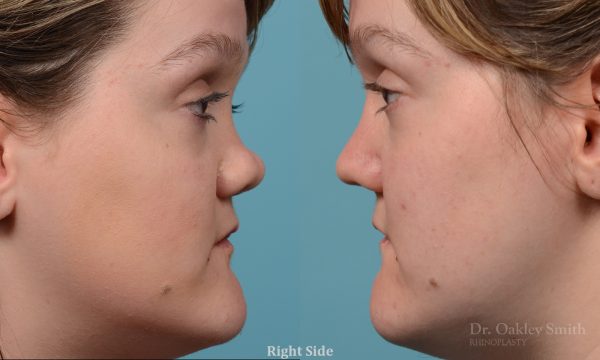 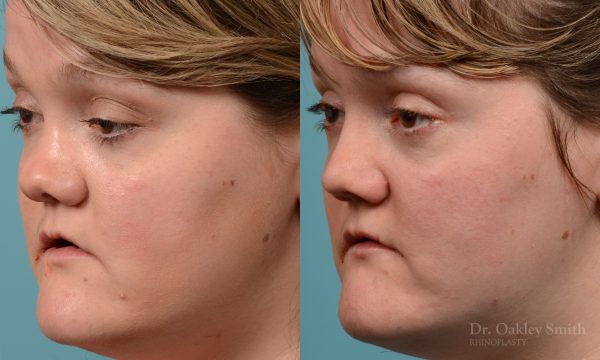 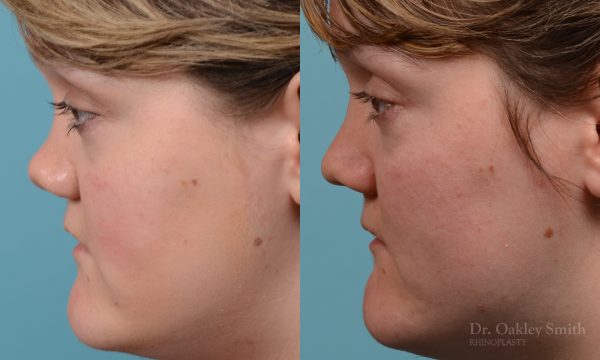 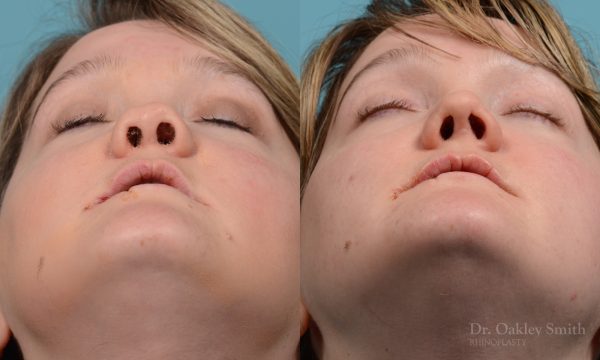 This lovely young woman suffers from a rare congenital condition of insensitivity to pain. As a result, while growing up she was unaware when she was injuring her body which resulted in acquiring several scars. She had a number of injuries to her nose as a child causing her nose to be abnormally shaped and not functioning normally.

The first time she underwent rhinoplasty surgery it was discovered she had a localized infectious abscess buried inside her nose. As she required her nose to be reconstructed with cartilage grafts, her surgery was terminated to first deal with her infection.

Many months later she returned to the operating room and underwent her reconstructive rhinoplasty. One can see there has been improvement in the shape of her nose along with creating better breathing.

These results are typical for Dr. Oakley Smith, top rhinoplasty surgeon in Toronto.