How Your Olfactory System Works

Your nose is a complex machine that can process any smell. As you breathe air in, you are simultaneously breathing in a mass of different odours. Some smells hit hard and fast, strong enough to make your eyes water, but your nose can also pick up on the slightest waft of a scent. Though human noses don’t come close to the sensory talent of a bloodhound, they are still strong enough for our own purposes. Smell has the ability to dig up memories long forgotten, elicit specific emotions, and warn us of danger. So how does so much happen from just a smell? 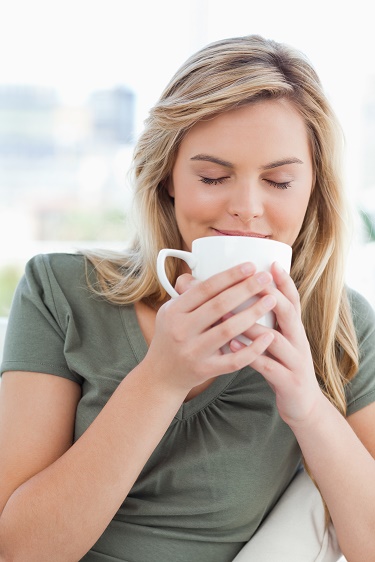 The way our nose interprets an aroma is called the olfactory system, which is the system an odour must go through before it can be recognized and organized by the brain.

When you breathe in, you are drawing in odour molecules to the olfactory cleft, or the top of the nose. This is aided by the turbinates, also called nasal concha. The nasal concha is a network of bones, vessels and tissues inside the nose that are responsible for warming, humidifying and filtering the air. They also help direct airflow. It is these vessels in the nasal concha that cause congestion and sleep apnea when swollen.

These signals are sent along tiny nerve fibers called axons, which pass through a very small perforation in the cribriform plate, a layer of bone in the base of the skull. These axons lead to the olfactory nerve, or the CN1 nerve. This nerve is responsible for relaying all the data dealing with smell to the brain. These receptors are located in the mucosa, where they will eventually converge on the edges of the olfactory bulb, a structure on the frontal lobe of the brain. The olfactory bulb is what processes the signals from the receptors and passes them on to other parts of the brain, including the thalamus and the limbic system.

It is important to take care of your nose and your ability to processes odours. Damage or prolonged inflammation to the olfactory system can cause you to lose your sense of smell. If you are experiencing any problems with your olfactory system or any other nasal problems, consult a rhinoplasty specialist. It’s their job to make sure that your olfactory system is up and running properly.

So next time you walk down the coffee aisle in the grocery store or drive behind a giant semi-truck, think about just how amazing it is that your brain can process those odours into something that makes sense to you.