What is rhinoplasty success? How do you define a good nose job? Well a good place to start is with the old adage “A good rhinoplasty is seen in the eyes”. A nose should be in harmony with the rest of the face, such that it isn’t noticeable. The goal of rhinoplasty surprisingly is often to make the nose disappear. A good nose should defer to the eyes. Its role is to remain in the background and act as the servant to the face. This is why glamour magazine ads Photoshop the nose to be almost unnoticeable. It’s also why beautiful females cartoon characters like the Disney princesses all have large eyes, big lips and non-existent noses.

When our brain scans a face, the first things it register is the eyes, then the mouth, the hair, shape of the face and finally the nose. This order only changes if the nose isn’t in proportion or normally shaped. Once our brain recognizes someone, it stops looking. The ideal is to have a nose that isn’t part of the facial scanning process. People don’t say “she has a great looking nose.” Rather in describing a beautiful woman, a man usually comments on her “beautiful eyes” or “gorgeous lips”.

The ideal of female beauty is large eyes, large lips, triangular face and small nose. A handsome male on the other hand has small eyes, strong jaw and larger nose. Globalization of beauty is a recent trend. Current beautiful celebrities have features which wouldn’t have been considered desirable a generation or more ago in North America. Women’s nasal bridges are stronger for example. Facial symmetry has always been attractive because it represents healthy balanced genes, which are an evolutionary advantage to the species. However very, very few people have even closely symmetric facial sides. When excessive it become a deformity and is called Hemifacial Microsomia. Most people have some asymmetry, this is why Hollywood movie stars have a ‘good side’ they show to the camera.

If there isn’t a common understanding of the goals of surgery, there is good risk the patient will be unsatisfied. For example, if the surgeon can’t understand what the patient wants, it’s very unlikely the desired result can be delivered and there wont be a rhinoplasty success. On the other extreme, if the patient has highly specific and detailed requests, there’s a low probability of reaching all of them.

Rhinoplasty has a high success rate of providing improvement, but a very poor one of delivering perfection. This is critical to understand and realize what it means to the patient. There’s an interesting and informative story about Dr Joseph the father of rhinoplasty. At the end of his illustrious career a dinner was held to honour him by his former students, many of whom had gone on to become renowned surgeons themselves. After all the speeches his closest followers were sitting relaxing around a table when one of them asked the master “How many rhinoplasties did you do in total?” After a pause, he replied about 5,000. (This by the way is a seriously big number.) Then another former student said, “And how many were perfect?” Here the old man thought for a good minute and finally replied “6”! Rhinoplasty techniques have certainly improved since then, but so have patient’s expectations. This quaint story illustrates the fact that rhinoplasty gives improvement, not perfection.

If the patient has a distorted body image, the surgical results also will be distorted. If the patient is unhappy, he will continue so after surgery. After people reach maturity their character doesn’t change, or if it does, it does so very, very slowly. Although cosmetic rhinoplasty often makes people happier, it doesn’t change their personality. Hence patients, who are critical, demanding, perfectionistic, judgemental, angry, and generally just difficult, remain so after surgery. The critical patient will find something to criticize, as there almost always is something if you look long enough. Demanding people remain so. Perfectionists will find fault, since perfect noses are near impossible to achieve. An angry person may transfer their angry first to their nose and then on to their surgeon afterwards, and judgemental people will find blame if there’s something not to their liking after surgery.

Patients who believe changing their appearance will improve their life situation will unfortunately discover this isn’t so after surgery. There are occasional exceptions. Parents of very young patients can sometimes find their child’s personality will change after rhinoplasty. A teenager’s personality is still being formed and surgery can therefore have an impact on it; unfortunately both positively and negatively. I have witnessed in my consultation room transformations from quiet and shy young girls to happy, radiating young women. I have also seen sad cases where poor rhinoplasties at a young age have damaged people such that it’s taken them years to have the courage to think about a revision. That said, they are truly the exception to the rule.

For rhinoplasty success the very best rhinoplasty surgeons combine superb technical mastery with the ability to accurately gauge a person’s expectations and then to know when the two are equal. 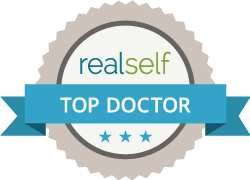