Types of Nose Injuries That May Require Surgery 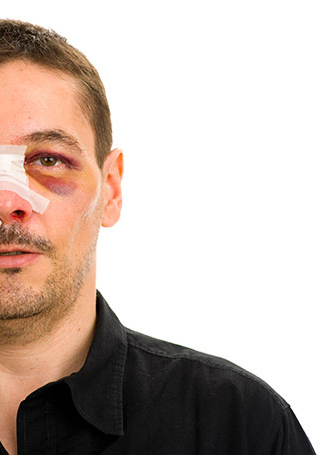 Approximately 40 percent of facial injuries in adults, teenagers or children involve the nose. Trauma or pressure injuries that lead to broken bones in the nose of younger children are relatively rare because the nasal region has extremely soft cartilage. This does not completely harden until someone is in their late teens. Other types of nose injuries can occur to children such as cuts, burns or bruising. Because the interior of the nasal passages have many capillaries under thin skin tissue, a bump on the outside of the nose or hard fall can lead to extensive bleeding. Occasionally, the interior nasal region begins to bleed due to a foreign object such as a pencil entering the area.

Types of Injuries to the Nose

When individuals hear about someone having nose surgery from a cosmetic or plastic surgeon, the assumption is that it is an elective procedure to improve or change the appearance of the nose. Noses may require repair through a surgical procedure as the result of an accident. For teenagers or adults, the most common reason for surgery is to stabilize a fractured bone to encourage proper healing. There are several ways you can accidentally break your nose, including:

The symptoms of a broken nose are generally easy to notice. They include: massive bleeding, acute pain, and difficulty breathing. Trauma to the nose may occur deep inside the nasal passages. This is where tissue begins to swell quickly and where blood clots form. The person often must be treated in an emergency room to avoid fainting. This is because the nose is a vital part of a person’s airway. Serious nose injuries can cause swelling inside the head, around the eyes, and in the throat, leading to patients needing assistance with breathing. Patients need medical imaging tests to determine the exact damage to bones inside the nose in order to allow surgeons to perform repairs. Nose injuries are sorted by type:

Treatment for a Broken Nose

A small crack in the bridge bone of the nose may not require a surgical procedure. If it is possible to stabilized it with a splint, bandages, and packing material, it can heal on its own. Patients are instructed not to wear eyeglasses or blow their noses for several days or weeks as this type of fracture heals. However, extensive trauma requires nose surgery from a specialist who knows how to repair the damage in order to maintain a proper airway along with creating an aesthetically pleasing nose. Maxillofacial specialists or otolaryngologists often perform rhinoplasty or nose surgery in addition to cosmetic or plastic surgeons.