What To Expect After Rhinoplasty Surgery

Here is what you can expect after undergoing rhinoplasty surgery. Although it may be intimidating at first, the results will be very impressive and it is commonly much easier than you think. 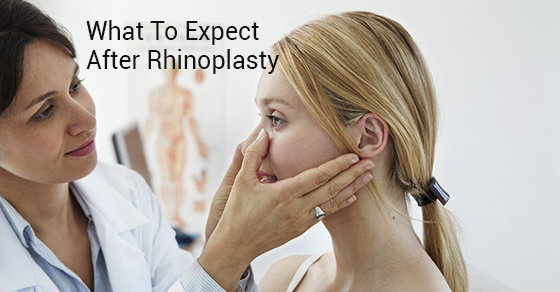 What To Expect After Rhinoplasty Surgery:

You will have a bandage or a splint that will protect your nose for a period of five to ten days. During this period, it will be noticeable that you’ve had a nose job. After roughly ten days, you can go out in public without it being too obvious that you’ve undergone rhinoplasty. Until then, however, there are a number of things to expect as part of the natural healing process.

If you are interested in undergoing rhinoplasty for a more confident you, consider Dr. Oakley Smith. He is one of the best plastic surgeons in the country and the only one in Ontario that concentrates exclusively in the area of rhinoplasty. Contact his clinic today for a consultation.