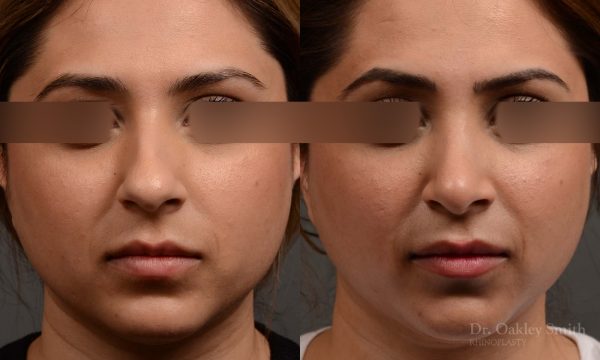 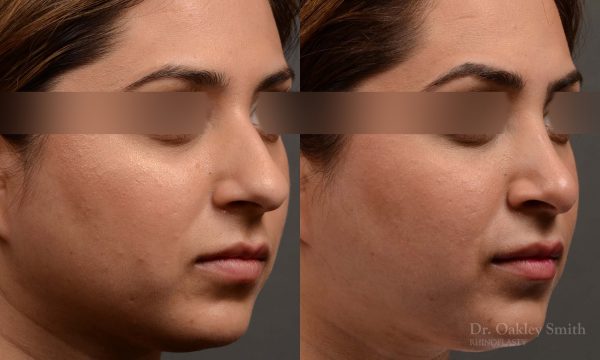 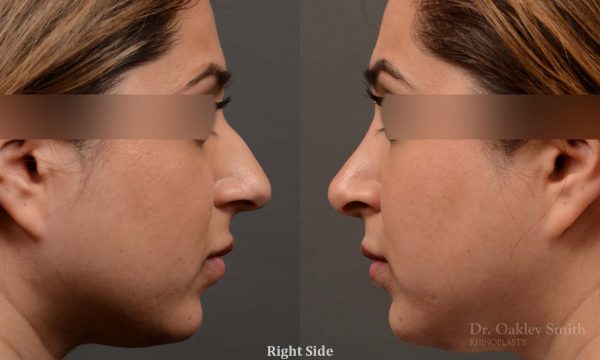 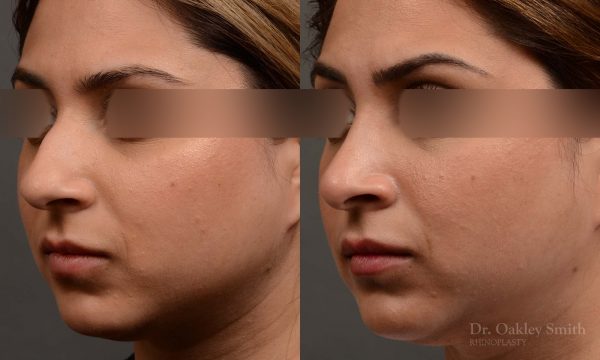 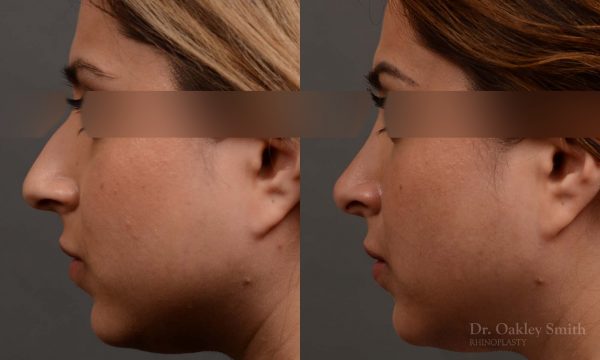 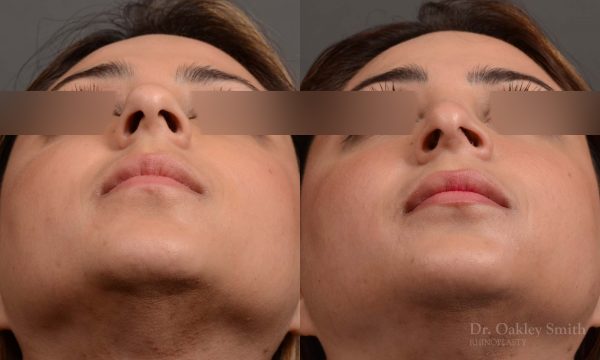 Our young female patient felt her nose was too projected out from her face. This is another way of saying the nose is too large for the face it sits on. She also wanted her hump removed. It is extraordinarily rare to find a woman who is happy having a bump. Our concept of female beauty doesn’t accept a profile with a bump. This isn’t an absolute truth, a slight bump can infrequently be recognized by most as beautiful, but it’s the exception to the rule. She didn’t like the roundness and width of her tip. Here again this is an almost universal finding. Finally she disliked the length of her nostrils.
Surgical changes to nostrils have variable success. Managing soft tissue is most unpredictable than dealing with bone and cartilage which make up the framework of the nose. Nostrils are all soft tissue. However in this case the reduction in the projection of her nose also happily shortens the length of her nostrils. Like many things in life, it comes with a potential cost. Here as the tip is deprojected and the length of the nostrils shortened, the width of the nostrils tend to widen. This is seldom a desired effect. The overall change is to make them more circular which isn’t an improvement. However unless viewed from below, this isn’t commonly noticed in day to day living. Patients after surgery almost always notice as they are overcome with curiosity with all the changes happening almost daily for the first few weeks following their surgery.
The results are clearly a significant improvement. Her nose is now more proportional to her face as it’s significantly smaller. From below the shortening and widening of her nostrils can be most easily seen. Her nose can be recognized as leaning to her right, both before surgery and afterwards. The improvements to her tip width is obvious as is the very slight curvature to her profile after her hump has been removed.